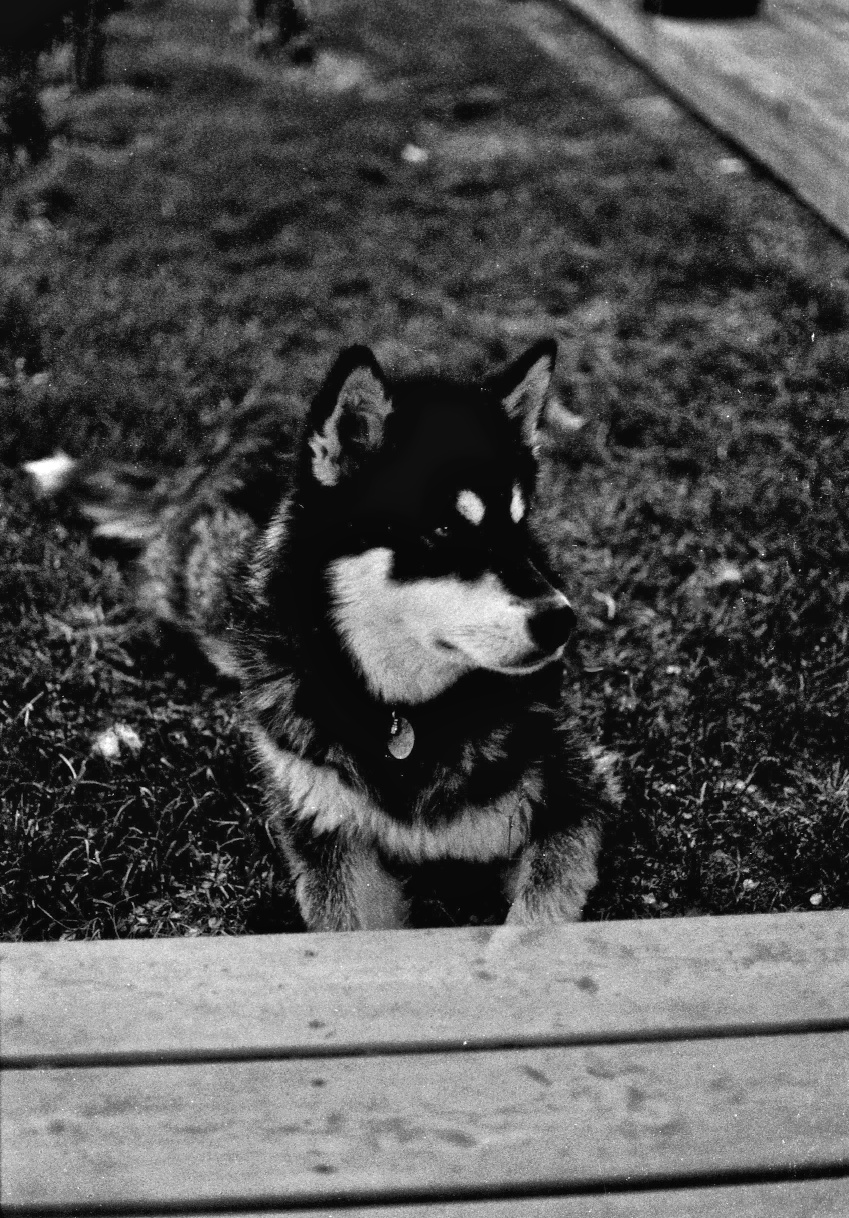 Our puppy never grew up.  Yes, in dog years she was 63 when she passed away.  As far as she was concerned she was living human years.  In her mind, she was 9 years old.

We had scarred her puppy brain when she was at 8 months.  Believing she was like her predecessor “Magic” (who loved to swim), we plunged little Cadence into the shallow depths of Lake Waskesui for a swim.  She became a speeding bullet at that moment and was back on the sand before we can say, “Ca…!”.   Through the years, when Rod would take her running by the river, she may dip her paws into the water.  If she does, she would give him the See, I’m not afraid of water! look, then dash off with her head held high like she just swam across the English Channel.

Our backyard was her home.  Given up on trying to maintain a manicured lawn, we allowed her the run of the place.  For some privacy, we planted a row of six 5 feet cedars along the edge of our deck.  Back from work the next day, we find one of the cedars ripped whole, including roots, from the ground.  Laying in the middle of the yard, it looked like it was Cadence’s playtoy for the day.  It was manhandled or more like Malamute-handled like a rattler in the clutches of an exuberant baby.  We replanted the poor thing hoping it will survive.  Many years later, of all the cedars that were planted, it thrived the most.

She was an independent individual who would rather be outside, rain or shine or blizzard, then to be in the house with us.  But when it came to food, she was our faithful companion.  Her favourite treat was grapes.  She can smell a grape a mile away.  She knew grape season.  The distinct sound of the sliding grape bowl out of the fridge and onto the counter would make her bound up to the backdoor and scream, “Let me in!”.

She wasn’t just our pet.  She was our laughter that existed in our soul.  She would make us all smile at least once a day with her innocence and naive antics.

When she passed away, we never replaced her with another pet because she still exists.  Whenever Rod goes for his run, I’ll ask him if he’s meeting Cadence.  His reply is always, “Yes, down by the river.”